I read Rebecca in April for my Classics Club list and for the Back to the Classics Challenge and it was a great read. I wasn't sure how to classify this book as to genre. It could be called a mystery, or romance, or romantic suspense, or gothic mystery. Although I think many people consider this a romance, especially if they haven't read the book, at Goodreads the top genres it is categorized in by members are: Classics, Fiction, Mystery, and Gothic, with Romance a distant fifth. It is all of those things at times, and maybe that is why some readers don't care for it.

The heroine is very young (21), inexperienced, and naïve. She is alone in the world. As the novel begins she is in Monte Carlo working as a paid companion to Mrs. Van Hopper, an overbearing American woman. When Mrs. Van Hopper becomes very ill and cannot leave the hotel room for more than a week, Maxim de Winter invites Rebecca to go with him driving around the countryside, and after several days of this she gradually falls in love with him. She knows that he is a widower and that his wife died a year ago, but only because Mrs. Van Hopper had told her that.

Mrs. Van Hopper decides to return to the US, and Maxim proposes to our heroine. Quite quickly, she become Mrs. Maxim de Winter and after a protracted honeymoon in Italy, they go to Maxim's home, Manderley. From the moment she arrives, she feels like she is in competition with the memory of Maxim's first wife, Rebecca. 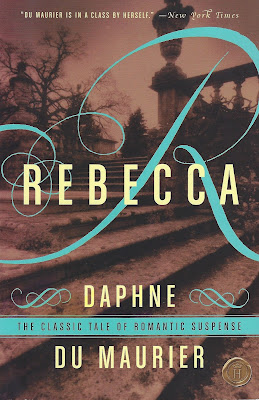 There are some wonderful descriptive paragraphs, especially in the first chapter or two. The first line is very famous:

I dreamt I went to Manderley again.

And later in the first chapter:

There was Manderley, our Manderley, secretive and silent as it had always been, the grey stone shining in the moonlight of my dream, the mullioned windows reflecting the green lawns and the terrace. Time could not wreck the perfect symmetry of those walls, nor the site itself, a jewel in the hollow of a hand. The terrace sloped to the lawns, and the lawns stretched to the sea, and turning I could see the sheet of silver placid under the moon, like a lake undisturbed by wind or storm. No waves would come to ruffle this dream water, and no bulk of cloud, wind-driven from the west, obscure the clarity of this pale sky.

In Chapter 5, when the narrator is telling of the days in Monte Carlo:

I am glad it cannot happen twice, the fever of first love. For it is a fever, and a burden, too, whatever the poets may say. They are not brave, the days when we are twenty-one. They are full of little cowardices, little fears without foundation, and one is so easily bruised, so swiftly wounded, one falls to the first barbed word.

This edition includes excerpts from Daphne du Maurier's The Rebecca Notebook and Other Memories: an author's note, an essay on the real house which the fictional Manderley was based on, and du Maurier's original epilogue to the book. 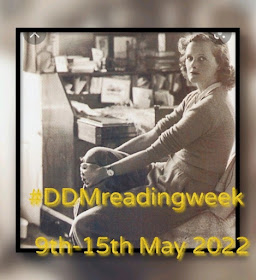 This review was written for the Daphne du Maurier Reading Week hosted at Heavenali's blog. Check out other posts related to du Maurier's books there.